Antique Jewelry: What It Is and Where to Buy It 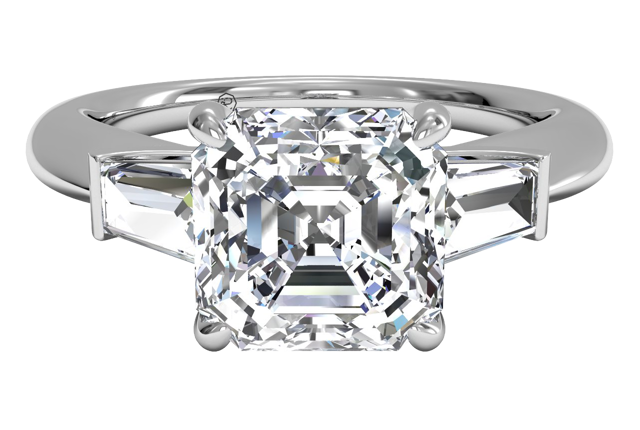 How old is an antique?

For something to be considered an antique, it must be at least 100 years old. This differs from vintage items, which aren’t as old. The exact definition of “vintage” varies, but generally, vintage jewelry pieces are at least 20 years old.

Each era has its own unique designs and features, which can help you date your antique ring or other pieces of jewelry.

The Georgian Era took place during the reigns of King George I, King George II, King George III, and King George IV. Georgian-era jewelry can be hard to find because it is so old. Georgian jewelry has extremely intricate and elaborate metalwork. Everything was handcrafted, including gems, which were cut by hand, which is why many Georgian gems and jewelry pieces are noticeably imperfect in shape and appearance. Popular metals used in jewelry were pinchbeck (a metal that looks like yellow gold but is actually copper and zinc), silver, yellow gold, iron, and steel.

According to the International Gem Society, common motifs during this time included flowers, ribbons, bows, feathers, and leaves.

Sentimental jewelry was common. Portrait miniatures (tiny portraits of a loved one) were added to necklaces, bracelets, or set in rings.

Jewelry was also made with hair as keepsake gifts or to remember a loved one who passed away.

Victorian jewelry often incorporated nature, such as stars, flowers, birds, or snakes. Romantic designs featuring hearts, love knots, or lockets were also prevalent. Most pieces were very bold and opulent. Black enamel was also used frequently in jewelry. The most popular metals for jewelry were gold, copper, silver, and steel.

Diamonds, opals, pearls, turquoise, sapphire, ruby, and garnet were all popular gemstones. Like the Georgian era, everything was still being handcrafted, so imperfections in jewelry and gemstones were common as well as perceptible.

This era was named after King Edward VII, who was the king of England at this time. Platinum became extremely popular in this era thanks to the invention of the oxyacetylene torch, which got to high enough temperatures to melt platinum. Diamonds and pearls were the most popular stones used in Edwardian jewelry, although colorful gemstones were still also used.

Filigree, displayed in the ring above, is a gorgeous feature of Edwardian jewelry. Filigree is a technique that makes precious metal look like delicate lace. This technique is still used today in vintage-inspired pieces.

Milgrain was also used frequently in Edwardian jewelry, and this design is also still used today, especially in Ritani engagement rings and wedding bands. Milgrain is tiny beads of metal placed at the edges of jewelry pieces. You can learn more about milgrain here.

The Great Gatsby perfectly depicts the Art Deco style. This period was characterized by geometric and sleek designs. Emerald-cut diamonds, baguette-cut diamonds, and Asscher-cut diamonds were favorites, as well as the old European cut. Old mine cut diamonds were also common. Platinum and white gold were the prevalent metals for jewelry. White gold, which looks quite similar to platinum, became so popular because platinum was rising in price. Platinum eventually became reserved for military purposes during World War II.

Are Antique Diamond Rings Worth More?

It really depends on a lot of factors. Rings with smaller diamonds won’t be worth as much since carat has a huge influence on price. Antique diamonds with exceptional color, cut and clarity grades will also be worth more. The best way to know the value of your antique diamond ring is to take it to get appraised.

Where to Buy Antique Jewelry

It’s important to do some research to make sure you are buying from a legitimate source.

If you own an antique piece of jewelry or are considering buying one, we recommend jewelry insurance to protect it.

Up Next: 11 Questions About Jewelry Insurance

Ring Recommender
We’ll find the perfect diamond and setting within your budget. Just answer a few simple questions and we’ll put together a beautiful engagement ring. We promise it won’t be as complicated as filling out your tax returns.
RELATED ARTICLES

How To Clean Your Jewelry

Keeping your jewelry looking like new isn’t as difficult as you think. Read our tips on how to clean your jewelry so it looks just as fresh as the day you got it.

It's important to protect your jewelry with insurance. Learn more about jewelry insurance here.

How to Buy a Diamond Pendant Necklace