What is the Biggest Diamond in the World?

When thinking about the most expensive earth diamonds or lab grown diamonds one would assume that the diamonds have a spectacular color and displays almost no imperfections. For the worlds biggest diamond, the Cullinan Diamond, that is not the case.

The Cullinan Diamond was discovered over 116 years ago at the Premier No.2 mine in Cullinan, South Africa. At first weighing the raw diamond weighed 3,106.75 carats (621.35 g) and was near colorless. It was put up for sale and despite considerable public interest the diamond remained unsold. In 1907 the government of Transvaal colony purchased the Cullinan Diamond and presented it to Edward the 6th who was the King of the United Kingdom.

The Cullinan Diamond produced a multitude of different types of stones which have various cuts and sizes.

Cullinan I or the Great Star of Africa ,it is the largest clear cut diamond in the world at 530.4 carats (106.08 g). The stone is mounted in the head of the Sovereign's Sceptre with Cross

Seven other major diamonds, weighing a total of 208.29 carats (41.66 g), are privately owned by Elizabeth II 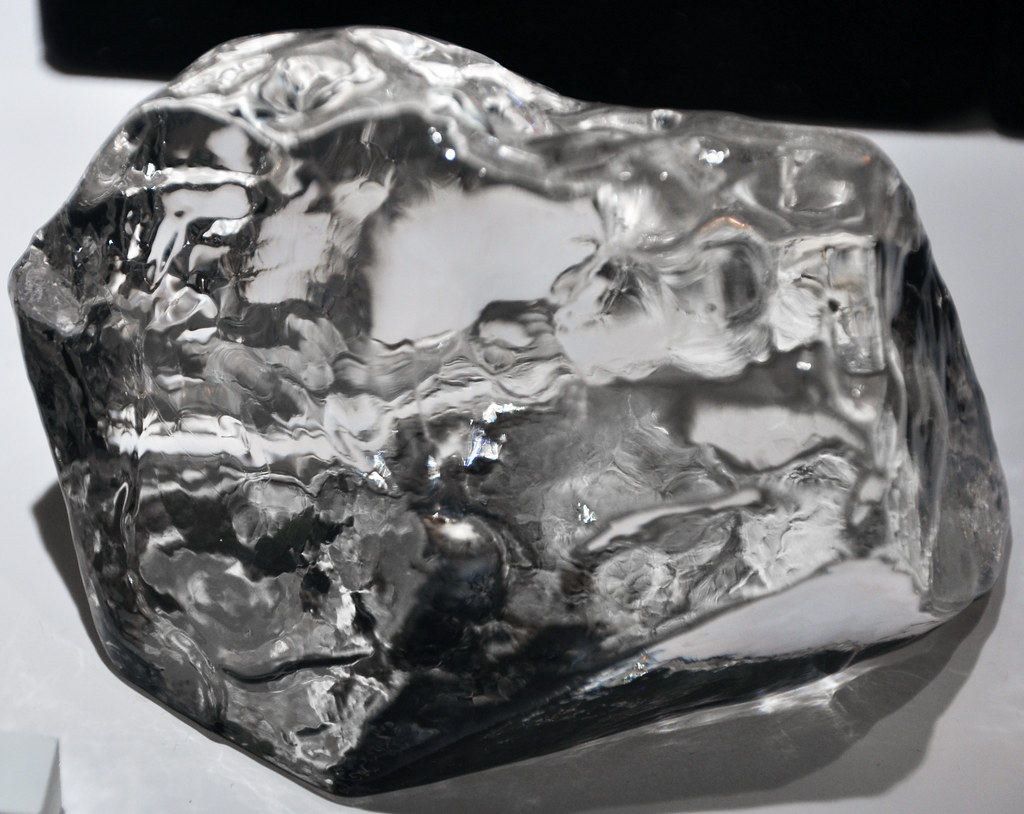