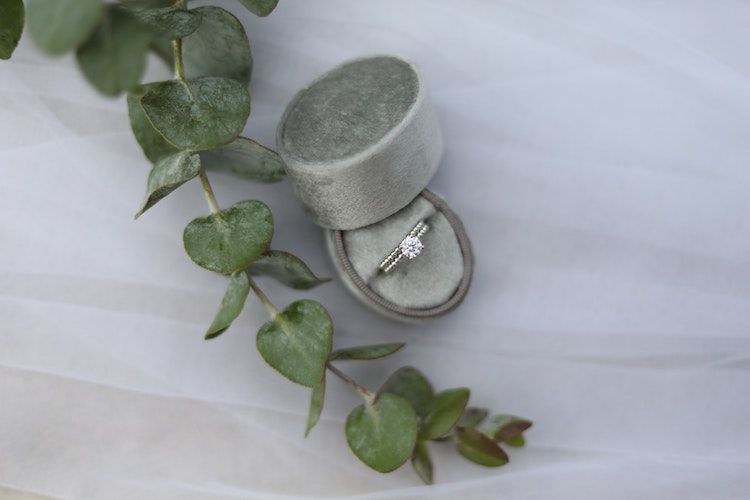 Are you looking for an engagement ring? It's wise to browse all of your gemstone options before making a final decision. While diamonds are the most popular choice for engagement rings, some prefer the fire and brilliance of moissanite.

Moissanite is a diamond simulant made of silicon carbide. A diamond simulant is a stone that has a similar appearance to a diamond but is not a real diamond. It is very difficult to tell apart a diamond & moissanite, making moissanite a common diamond alternative. It's one of the most common gemstones for engagement rings after diamonds.

Moissanite was originally discovered in a meteor crater in 1893 by scientist Henri Moissan. He mistakenly believed the crystals he found were diamonds. Naturally-occurring moissanite is extremely rare. Because of this, most of the moissanite on the market is lab-grown. It can take 2-3 months to create a single moissanite stone in a lab.

DOES MOISSANITE LOSE ITS SPARKLE?

Moissanite is a superior gemstone that will always stay bright and beautiful. Unlike other forms of diamond, moissanite never loses its sparkle or brilliance over time due to its hardness and refractive index that tests the best among all diamonds on the market!

Moissanites have an extremely hard surface with outstanding reflective properties, making them able to withstand heavy wear without losing their luster for years upon end, unlike less attractive simulants like cubic zirconia (CZ). This makes moissanite a great cheaper alternative for your engagement ring.

Have you been browsing around looking for information on what "Forever Brilliant Moissanite" is? That's Charles & Colvard's first attempt at a colorless gemstone. Because of the technical limitations when it was originally produced, it had slight hints of greenish-blue from within, which many found undesirable.

CAN YOU TELL THE DIFFERENCE BETWEEN MOISSANITE AND DIAMOND?

Most people cannot tell the difference between moissanite and diamonds. The GIA has even stated that moissanite is “much closer to diamond in overall appearance and heft than any previous diamond imitation.”

​Cubic zirconia is another common diamond alternative and looks exactly like a diamond with a fraction of the price tag.

So, which is better: moissanite or diamond?

It’s all about preference! Choose whichever stone feels right for you. Some people find the “disco-ball” effect that moissanite creates to be too much for them, while some people love the fire and price point of moissanite. Others love the romantic, classic appeal of diamonds and prefer the added assurance of hardness.

If you prefer the price point of moissanite but still want a diamond, there are lots of “hacks” to make your diamond less expensive. Contact customer service at 1-888-9RITANI, and we can help you find a beautiful diamond within your price range. Financing is also available.

Does moissanite test as a real diamond?

Is moissanite a precious stone?

Moissanite is not a precious stone. The only precious stones are diamonds, rubies, sapphires, and emeralds. There is no scientific reason why some stones are considered precious and others are semiprecious; it is just a categorization.

Does moissanite get cloudy?

Like diamonds, moissanite stones will not get cloudy over time.

What is a split-shank engagement ring?

9 Things You Should Be Doing To Care of Your Ring

An engagement ring is one of the most precious (and expensive) gifts you will ever receive. It’s only natural that you’ll want to do everything you can to keep it looking as good as the day you received it.

Opals are beautiful stones, but can they withstand the test of time? Learn more here.